The first archaeological evidence of habitation on Erraid dates from 300 AD. Later ruins also prove the presence of Scottish Gaelic speaking peasants or ‘cottars’ on the island. Over the years the fall in kelp prices and the Highland Clearances all effected the island population and by the mid 1800’s the only building on the island was a croft, inhabited by one family earning their living through fishing. 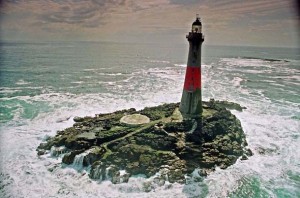 In 1866 the ‘Northern Lighthouse Board’ proposed the building of a lighthouse at Dubh Artach 15 miles of the coast of Erraid where the notoriously treacherous Torran Rocks lie. The contract to build was won by David and Thomas Stevenson, two members of the famous lighthouse keeping Stevenson dynasty responsible for the majority of lighthouses around the Scottish coast. 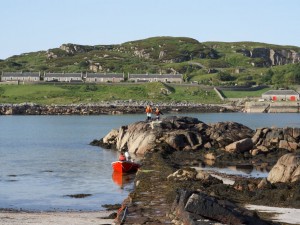 They decided to use Erraid as the base for operations, quarrying granite and ferrying it to the construction site. They are also responsible for the building of the cottages, outhouses and lighthouse observatory on the island. 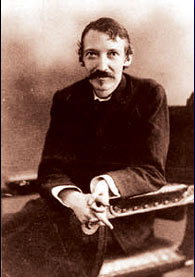 Son of Thomas Stevenson, Robert Louis visited the island during the construction work and was immediately inspired by the wild beauty and peace he found. Unlike the other men in his famous family Robert Louis had no desire to build lighthouses instead growing up to be one of Scotland most respected writers.

It is said it was during one trip to the island as a young man that he first wished for his dream of being a writer to come true. The ‘wishing stone’ on which he stood is now regularly visited by others hoping their wishes might also be granted.

Both his novella ‘The Merry Men’ (1881) and chapter 14 of his epic adventure story ‘Kidnapped’ (1886) are set on Erraid, evidence of his long and passionate obsession with the dramatic and untamed landscape of the island. 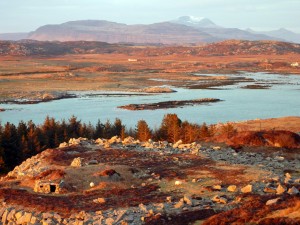 With the mechanization of the lighthouses permanent keepers where no longer required and Erraid was put up for sale. A business man from Glasgow bought the island using it as a holiday home and inspiration for a children’s story entitled ‘The Island’ written by his wife.

In 1977 a Dutch family, the Van der Sluis’ bought the island. A year later they offered it to the Findhorn Foundation to look after on condition that for one month during the summer they would return to enjoy the freedom and adventure of the island. The Foundation agreed to become custodians and a small group of intrepid members moved to the island, restored the cottages and started a vibrant and welcoming spiritual community.

In the same year Christine Gibson came to live permanently at the croft, becoming a powerful matriarchal figure on the island. She is buried close to the croft which remains in the Gibson family and is the only part of the island not cared for by the community. 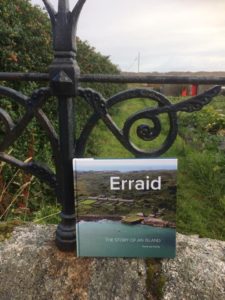 We have a book available for sale with lots more information on the history of the island and our community.  At just £25, it makes a lovely gift for anyone who has visited Erraid or has a family association here.  Just send us an email with your address, so we can let you know the postage cost, if you are interested in purchasing a copy.